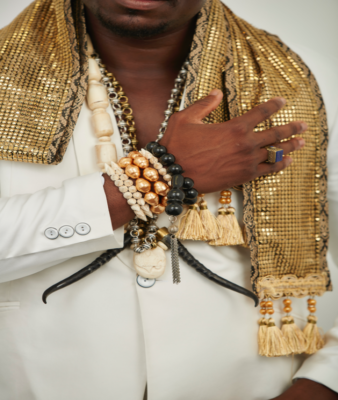 My name is Matt from Cameroun, i meet doctor Emmanuel from à good friend living in USA, who told me since i got in africa she feel like no one can help me grown, and she gave me doctor Emmanuel phone number, when i call doctor and introduce myself after 2minutes i tought i was talking to someone i meet before, wuthout telling my life, doctor décide to travel to Cameroun to meet with me, from there i started thinking that people was made to meet or God always sent an angel to someone who is on trouble, huh thanks and comment wont ne anough to describe doctor Emmanuel, but what i also found out when doctor help you he always say we will see how that hors, that mean you safe im done dont worry, also evryone who meet him in Cameroun was asking me where and how i know someone like this

I’m a numbers guy. I like logic and reason. Behind any mystery is a scientific answer. This is why Emmanuel is a fascinating and deeply intuitive man. He is gifted by God to see what we do not see, to know what we do not know. In the cynical digital world in which we live, Emmanuel’s gifts are easily brushed over as tricks and sleight of hand. Except they are not. Emmanuel’s gifts and skills are as real as they are inexplicable. He is able to converse with a world which we do not see. And to deal with issues that affect us on a spiritual level, especially evil that has been manufactured by people with ill-intent. He is able to change the trajectory of your life, for the better. I do not understand the science that underpins what he does. But I am comforted in the thought that Einstein could not see black holes – however, he had faith that they are there. And now we are able to photograph blacks holes. Emmanuel gives us the faith to accept that because we cannot see it, does not mean it isn’t there. Work with Emmanuel. Your life will be better for it.

Growing up in an atheist home in South Africa, I was sceptical about how my life could transform when I was first introduced to African spiritualism. I met Dr Emmanuel when my family and I suffered an enormous loss in our lives. He helped me and my children find our path, to connect with our many ancestors, and identified spirits to guide us in our lives. I take great comfort from the complexity of my life since I met him. He is honestly the most extraordinary person I have ever met, and I respect him more than anyone.